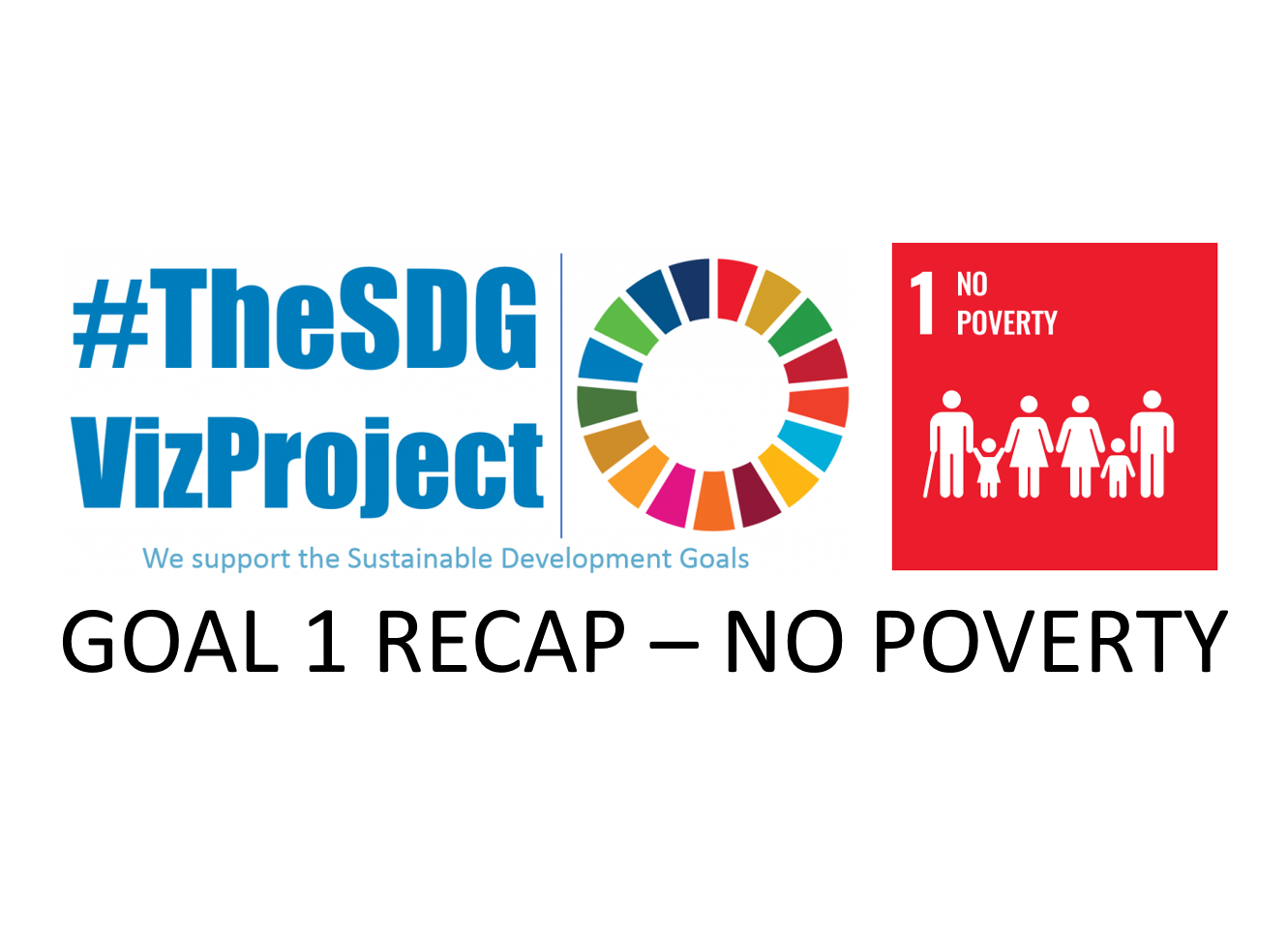 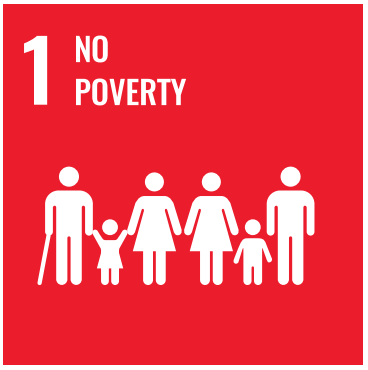 Goal 1: End poverty in all its forms everywhere

If you have been following #TheSDGVizProject, you have probably seen that the percentage of people living in extreme poverty has fallen dramatically, but the rate at which it is decreasing has slowed in recent years.  Roughly 10% of the World’s population still lives on less than $1.90 per day, or around $700 per year.  The U.N.’s goal is to reduce this percentage to under 3% by 2030 but current forecasts indicate it will be closer to 6% without a significant increase in commitment and action from people at all levels.

We were so excited to see so much participation from the community in the first month of this project.  Altogether, we had 17 incredible submissions!!!  We were also really happy to see so much engagement with each of these entries.  There was a lot of discussion, a lot of sharing, and a lot of great ideas from the community on ways to expand the project, get more people involved, and spread more awareness.  Please check out each of the entries in our new Viz Gallery or click on any of the thumbnails below to navigate to those vizzes on Tableau Public 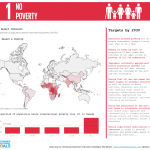 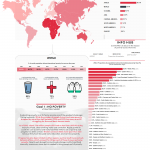 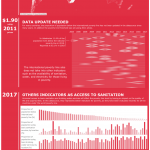 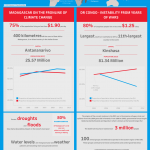 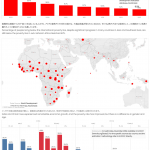 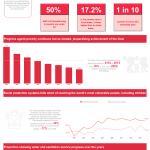 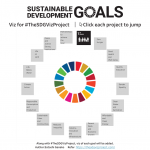 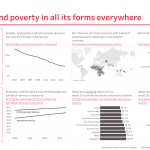 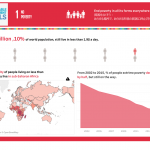 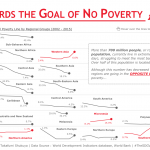 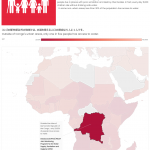 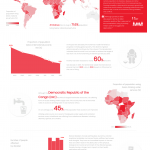 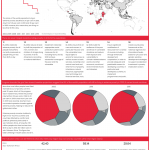 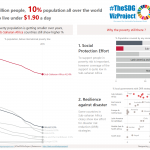 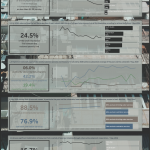 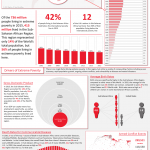 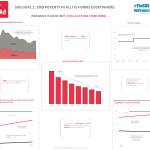 We learned so much about extreme poverty throughout the world through all of these amazing submissions, but here are a few of the biggest takeaways;

How We Are Contributing to End Poverty:

Vinodh is very active in his local community and contributes heavily towards fighting poverty in his hometown.  The youth association that he volunteers with helps fund education and small businesses for struggling families, provides food and blankets to the homeless, and volunteers with local orphanages.  He also also makes regular contributions to support @udhavisei.

In February, Jacqui and Brian began sponsoring two children through savethechildren.org to provide funding for education, nutrition, and health services, as well as moral support and encouragement.  They are sponsoring an 11 year girl from Ethiopia named Tirhas and a 9 year boy from Mozambique named Samuel.  They have also signed up as volunteers for the “ONE” Campaign.

Ways That You Can Contribute to Ending Poverty:

There are many ways that our community can contribute to the fight against Poverty, many of which can be done from home.  Please join us by volunteering to do one or more of the following activities;

Please let us know how you’re contributing to the fight against poverty!